Roth Cameo can look back on a long tradition of precious stone-working professions. The great-great-grandfather Philipp Roth worked as an agate cutter in Idar in the 18th century. The great-grandfather Jakob Roth worked as a goldsmith in the 18th century; his son August Roth continued this artisan tradition between 1868 and 1910, and his father Walter Roth was a highly valued diamond cutter from 1907 to 1957. Dieter and Andreas Roth have both become master gemstone engravers and have successfully specialized in the production of large cameos, unique engravings, portrait engravings and unusual gemstone objects.
​
Dieter Roth worked for more than 30 years on the journeyman's and master's examination committee of the Chamber of Industry and Commerce and in the Chamber of Crafts in Idar-Oberstein. Andreas Roth even became a state winner in Rhineland-Palatinate and later a national winner with his journeyman's piece. Both made the leap from artisans to recognized artists.

Idar-Oberstein is the city in which the world-famous master gemstone engraver Richard Hahn lived and worked. Dieter Roth was a student of this master and worked in his company for over 15 years. This tradition, which can be traced back to August Rudolf Wild beyond Hahn, is also felt by Andreas Roth and would like to continue it successfully in the interests of his ancestors.
"The Rape of the daughters of Leukippos“
Agate bowl, red-white, 280x250 mm base:  blackened bronze
The picture, serving as motif for the red-white agate bowl was painted by Peter Paul Rubens in 1618. It has the handsome dimensions of 222 x 209 cms and can be admired today in Munich, Alte Pinakothek. Here, Rubens has picked up a scene of the Greek mythology, which is known, however, in its traditional version from the Roman poet Ovid. (Ovid had lived during the era of Imperator Augustus, i.e. around the Nativity).

This history becomes obvious in the 5th book of the so-called Fasti, that means a kind of calendar for festive days. In this calendar, ordered by the imperator, important mythologic figures are presented. (Comparable with calendar of the Christians saints).
Ovid told in this story, that the two sons of Zeus and Leda (Zeus impregnated Leda in a shape of a swan), Castor and Pollux, set off with the intention to rape the daughters of  the Cretan King Leukippos. These two princesses, named Hilaeira and Phoibe had been engaged, however, with two Cretan princes, but, as Castor and Pollux were provided with a divine strength (one of them was a charioteer and the other a famous pugilist)  the two bridegrooms Idas and Lynkeus, had no chance against the two athletes.
​
In the scene, presented by Rubens, they do not even appear. For two reasons: First of all, the painter seemed to be interested in presenting this scene, full of pathos and emotion between the two men and the two women, on its climax in a certain extent, and on the other side he had here the opportunity to present the lion-hearted sons of the gods and the two princesses in their sturdy nakedness.

This climax in the storyline is also attractively boosted by the composition as the four characters and the two horses are integrated in a square form, standing on one peak. Also the dramatic movements, that means, the hearty grip of both athletes and the nearly pleasurable resistance of the two naked women, end in whirling forms, typical for the baroque era. It goes without saying, that Cupid (Amor) has also to play a part in this rape scene full of lustfulness. By the way, he is the only character, who enters into contact with the observer and seems to ask for imitation by his big grin.
​
Both engravers had a hot hand by selecting this motif, because, first of all it was possible to fit this erotic rape scene perfectly into the interior bowl and on the other hand observer's view is concentrated on the center of the bottom of the bowl, that means, exactly there, where both naked women in their opposed movements are placed. Moreover, this two-layer stone  - with the favourite colours of the baroque era, i.e. red/yellow and white – offers the possibility to set a course. Of course, engraving technical difficulties had to be mastered by converting a baroque painting to a relief  in order to gain clear and concrete forms out of the darker parts of the painting.

The two engravers cope with it in a brilliant way, which makes the bowl to an unique and inimitable work of gem carving. Moreover, the dimension of the bowl and the nature of the two layers have certainly a share of calling this bowl a master piece, which do credit to any art collection. 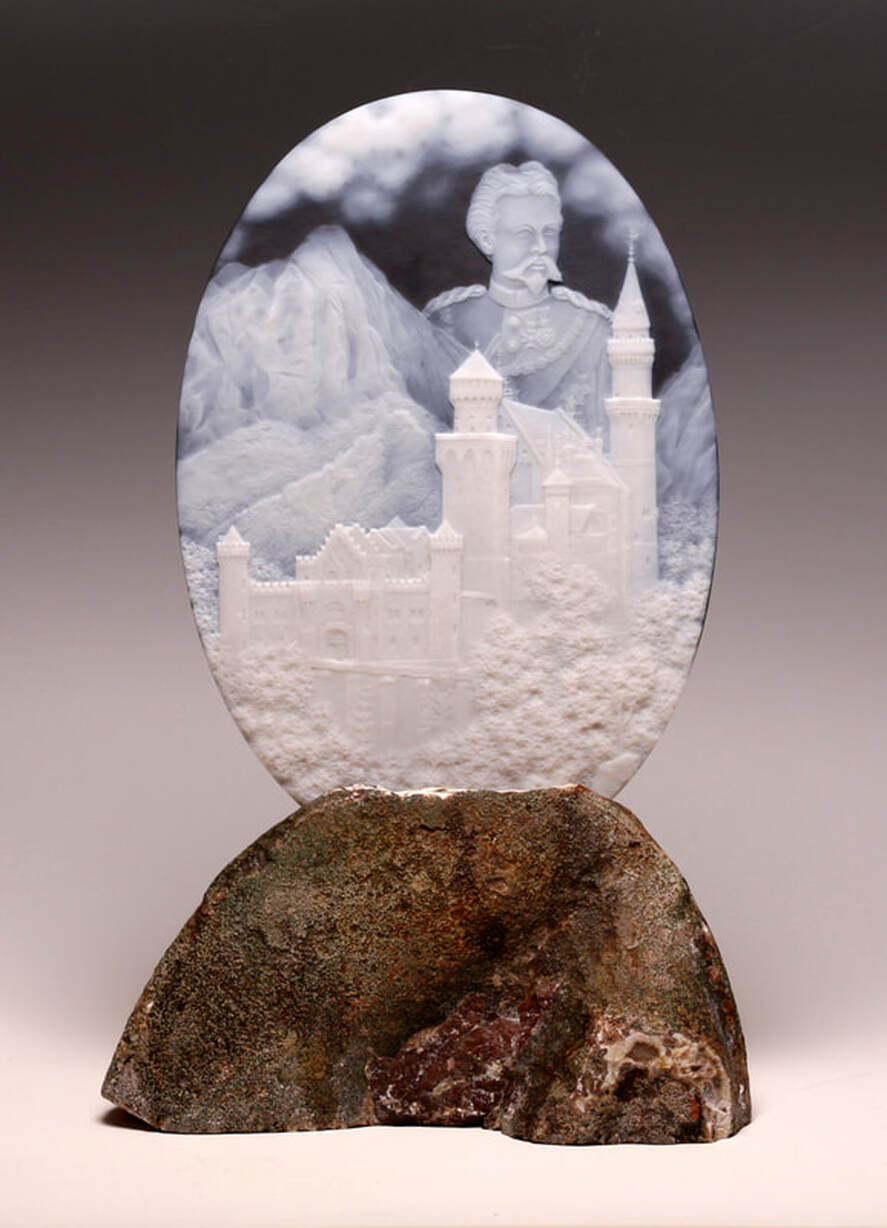 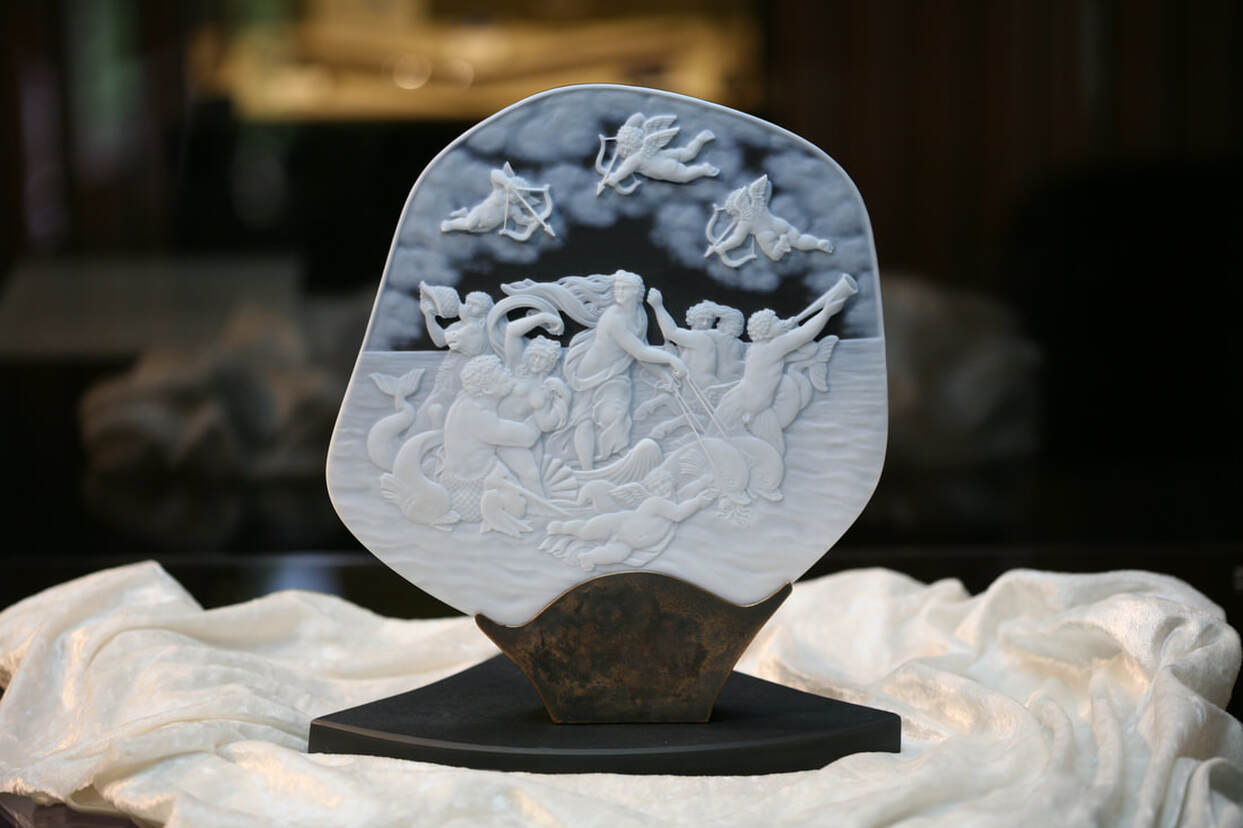 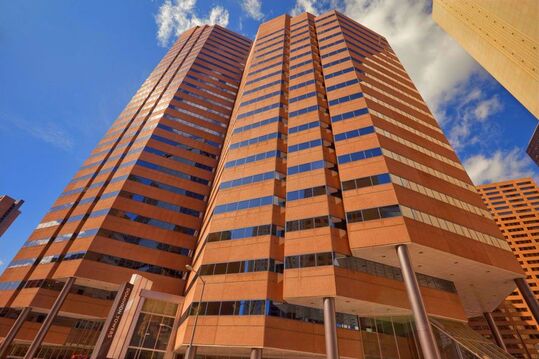 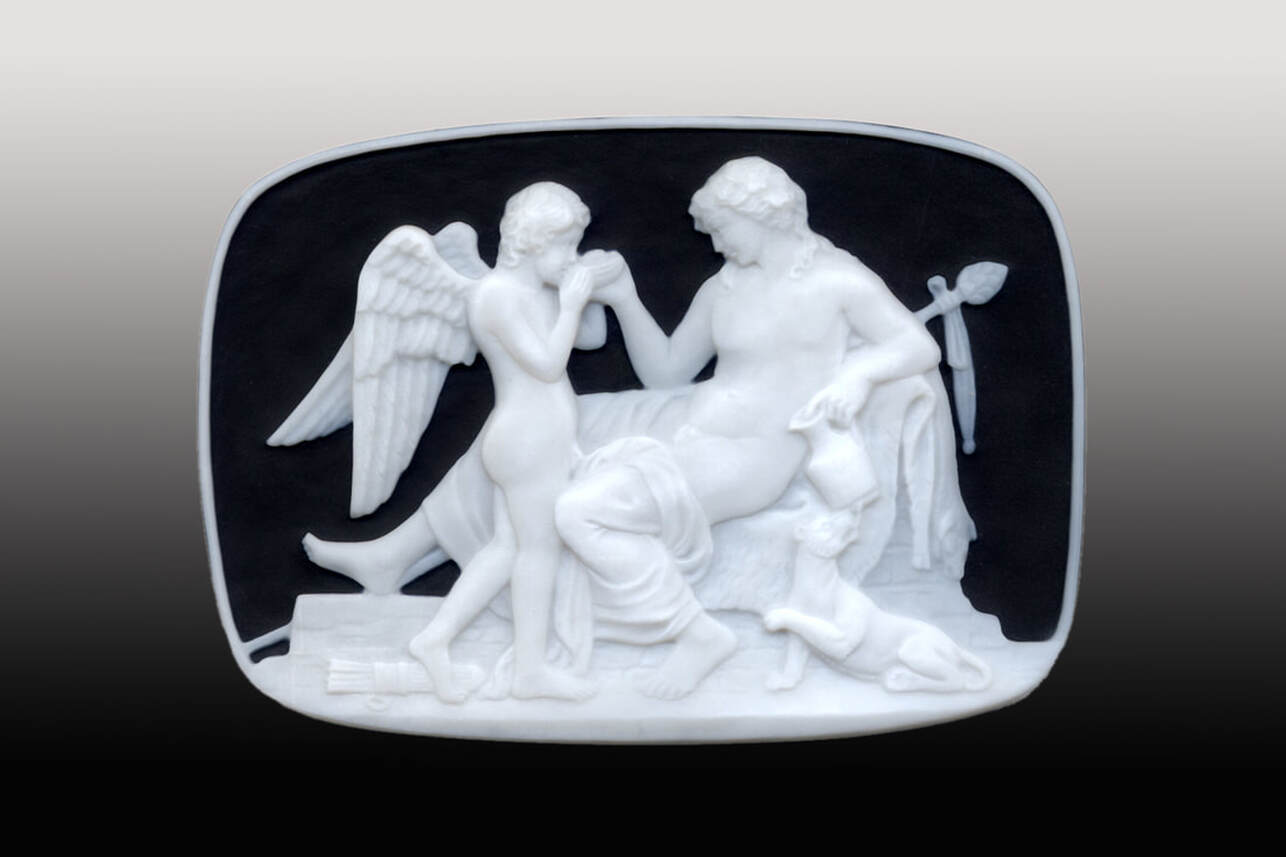 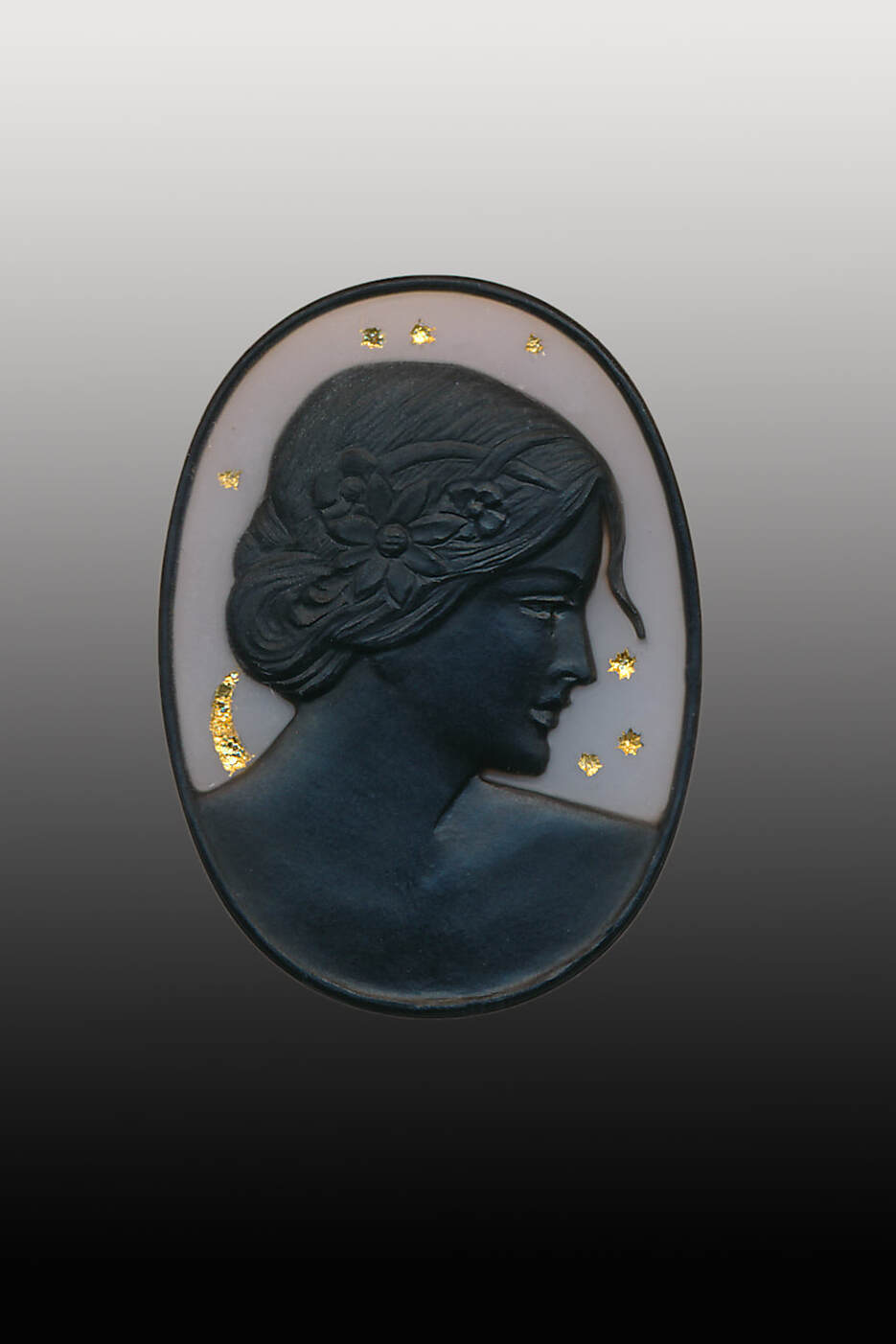 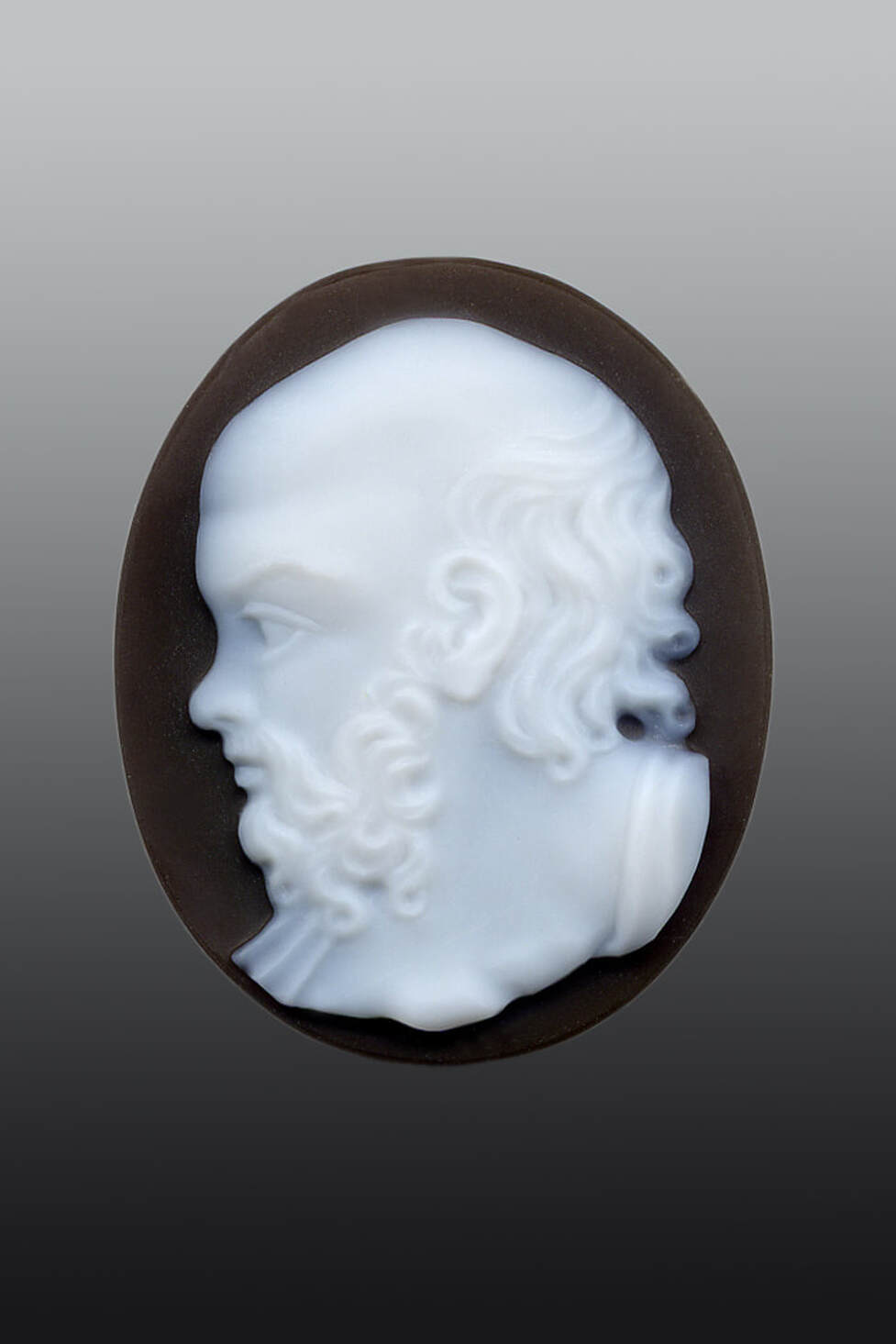 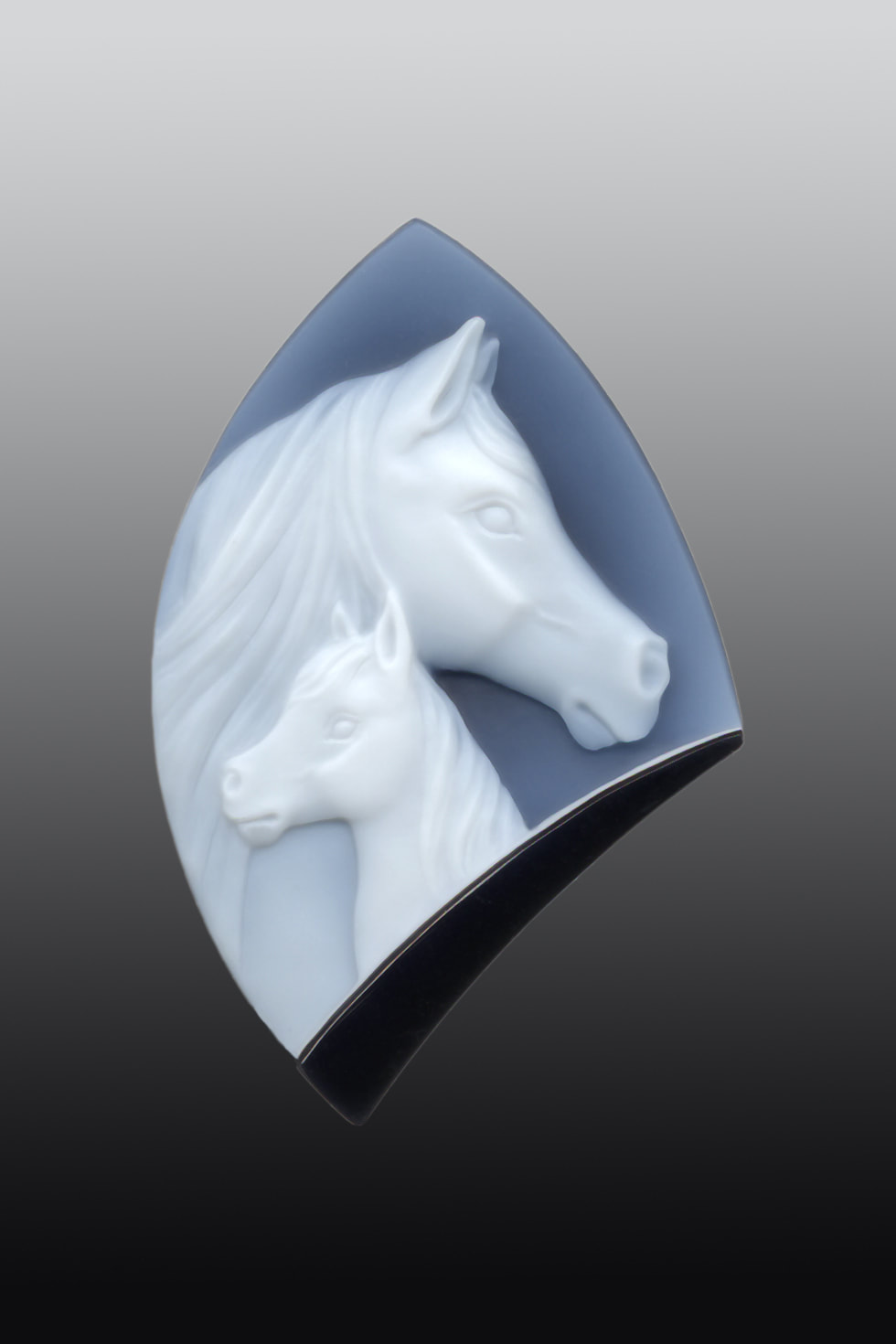 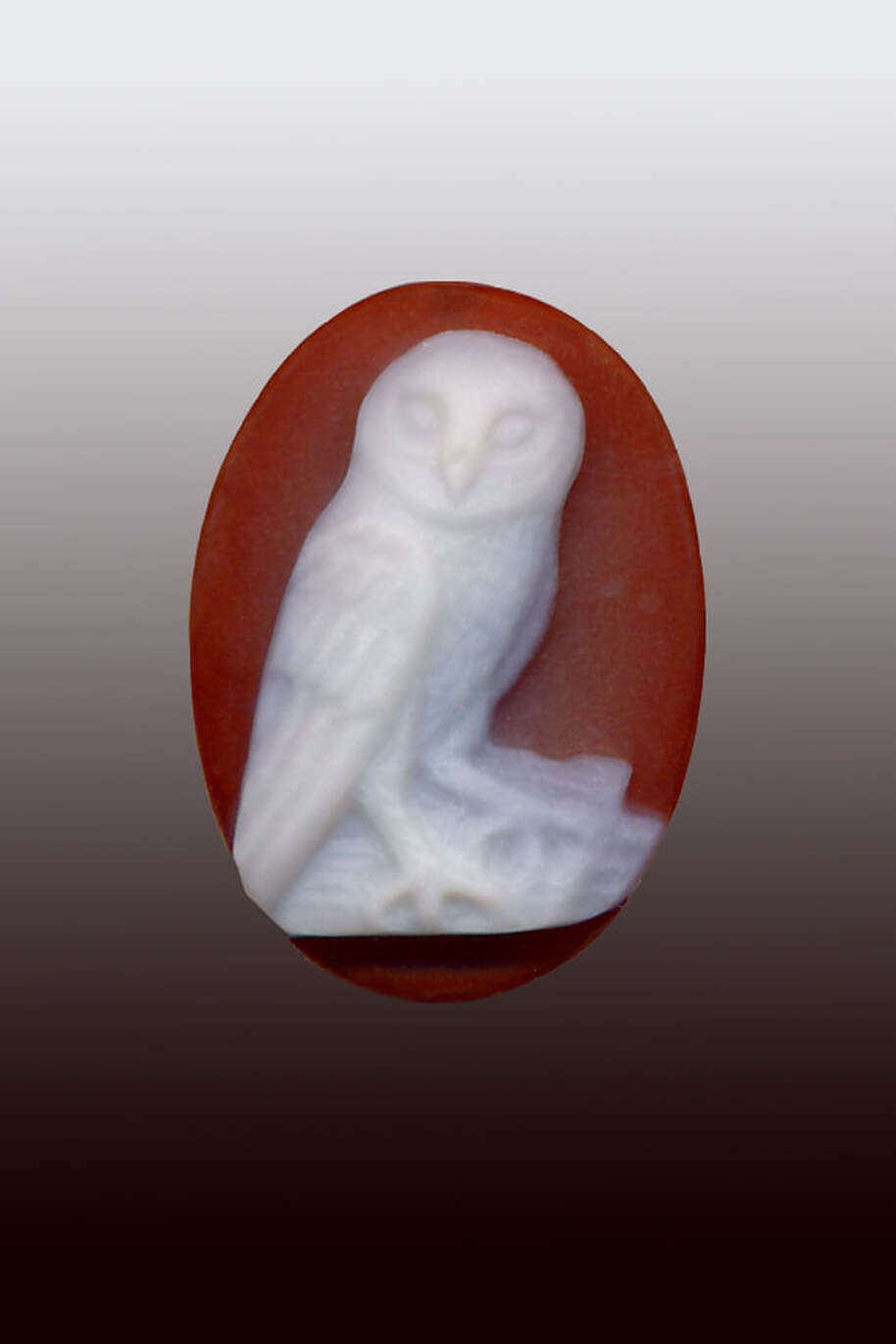 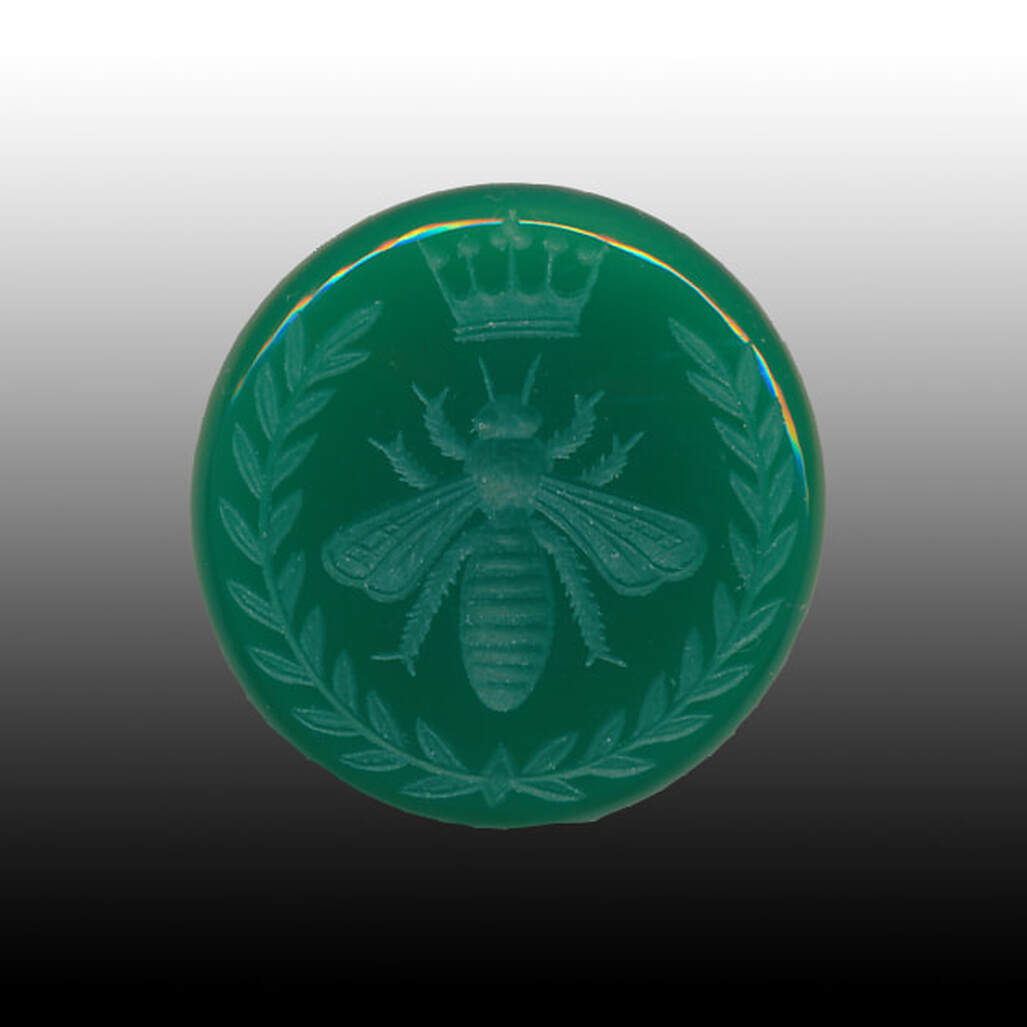 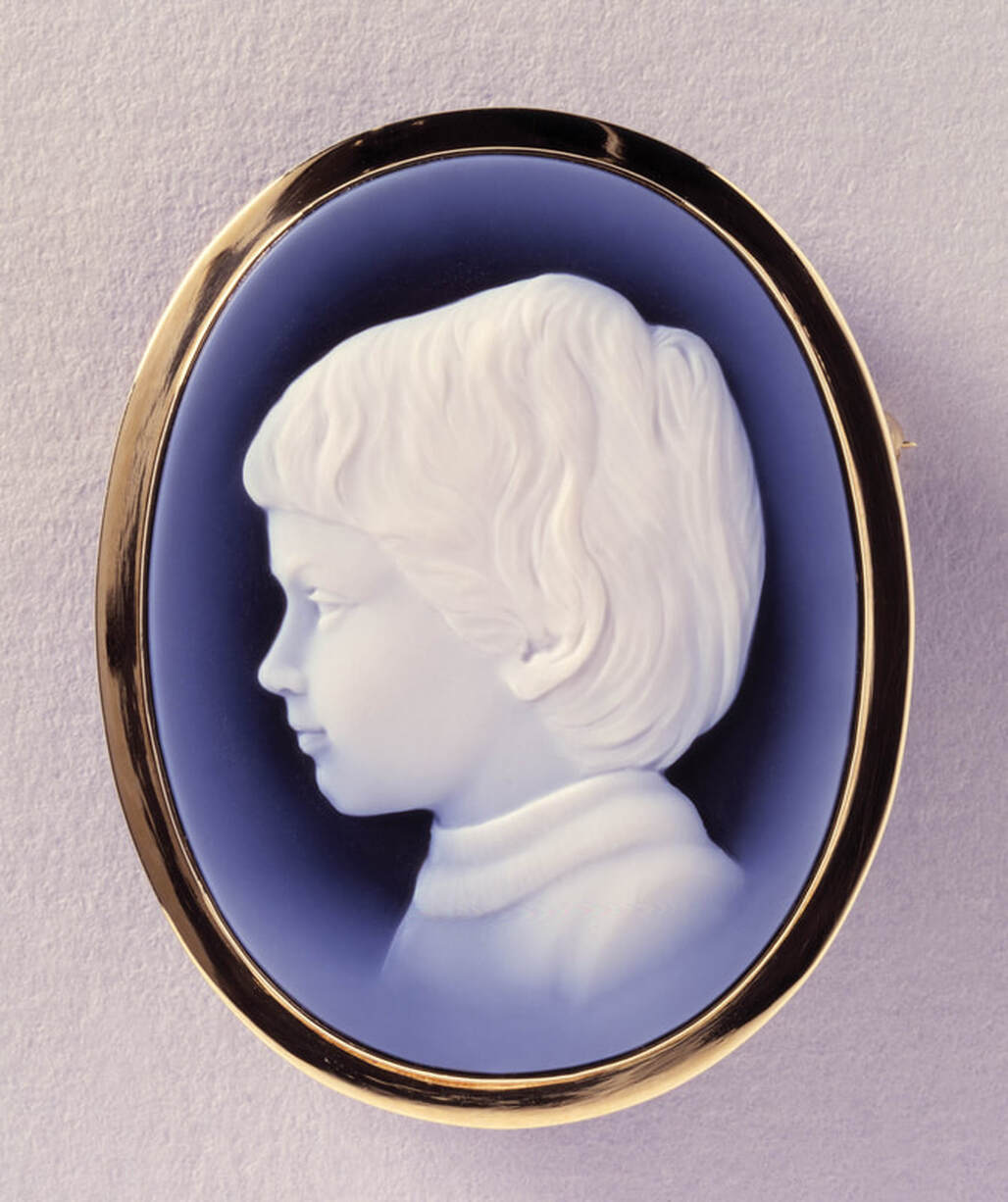